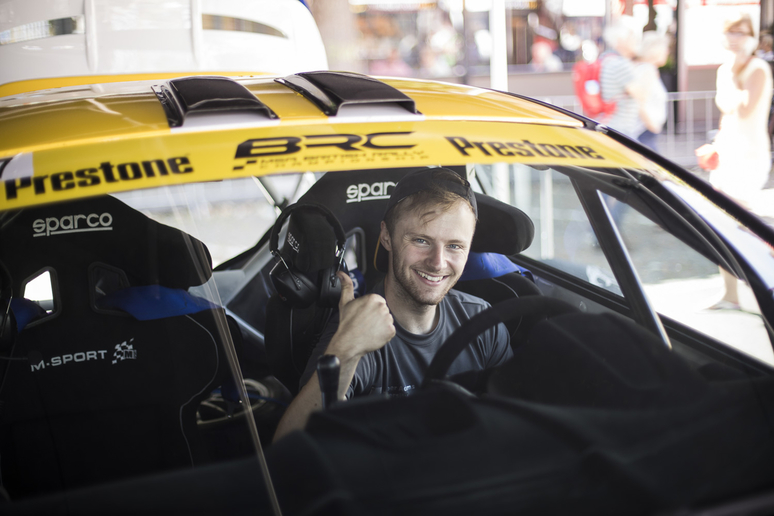 In the middle of my busiest work period annually, I had a phone call asking if I there was any chance I could go to Belgium in 10 days time, to follow and capture a team attending the 2017 Ypres Rally.  With some diary shuffling, social-event elbowing and a spot of luck, I agreed do it.

The team whose journey I was to shoot aren’t the life-hardened faces you'd expect to see on the pro rally circuit - they are actually 10 students all in their early 20’s from Harper Adams University in Shropshire - and the only fully student team on the European rally tour. Unbelievably, they literally do everything themselves from finding sponsors and raising money to the logistics of transporting a team, support vehicles, spare parts, tools and making sure each member has the capacity to do their job well enough to give the team a shot. After partnering with the M-Sport World Rally Team, they even built their own 110BHP 1 litre, 3 cylinder RS2 National - a rally spec badass Fiesta, from scratch.

The Ypres Rally is one of the top events in the calendar of the European Rally Championship. It describes itself as ‘the Mecca of Belgium rallying’, with 1200 volunteers, some seemingly very understanding local farmers and the plethora of cheery locals who revel in its return annually, it certainly seem to support these claims. We had agreed to meet 14km south west of Ypres for ‘shakedown’, and after 11 hours of travel I was keen to begin.

‘Shakedown’ is the preparation stage ahead of the main event where cars and drivers run the car through a set course to warm up both themselves and the spectators, in this case the sleepy town of Nieuwkerke. Much to the amusement of the numerous locals and myself, it sounded like a violent swarm of giant, angry wasps on the attack, shredding everything in their path. The sheer volume of each engine as they speed past every 60 seconds is so unusually loud compared to everyday life its intriguing and what makes all the standing around and jostling for a position worth it.

Having found Will (logistics and finance manager) and a few of the team, I was introduced to weary-but-cheery James (driver & team principle) and Max (co-driver & sponsorship manager) as they completed the stage and this is when I really noticed just how young everyone they actually are.

I was told ‘it’s Joshs’ birthday’ and by the time we’d arrived at our accommodation, stuck a candle in a fairly cake and sung him happy birthday, he had 16 minutes before midnight to celebrate it. He turned 22. They’d even bought him a chocolate spanner. To my delight, they were the first team on site the next morning, working on the car from 8 AM and not finishing  each subsequent day until 1 or 2 AM before getting up and doing it again. Not your usual students.

Ypres town itself is a stunning venue as a backdrop to the spectacle of a rally - two seemingly opposing scenes of old and new have bedded in well after 53 years of hosting the event. History, tradition and northern European beauty sit surprisingly comfortably with the brash colours and shiny tech of modern rally driving. The grey cobbled streets and intricate stonework of the cathedral make the sponsor logos and colourful body shells pop.

I was amazed the level of professionalism the team had working as hard and merrily with as much passion is anyone on the circuit except they were living off thrown together ham and cheese sandwiches and a few swigs of Liptons iced tea. Their engineering skills astounded me, yet how can anyone who makes such crappy sandwiches put together and run such an awesome car? I didn't care anymore!

From what I can tell, classic rally photography consists of standing in a field of vegetables waiting for the 2-3 second window that a car speeds past at incredible volume, brake rings so hot they glow bright orange like metal fresh from a furnace. Although these money shots are key, the real interest for me lies within the team, their bond - their journey and their story to outsiders. - the speeding car shots are just cherries on top of that cake.

To see the full set, visit my Ypres-rally-2017 photos gallery (where you'll probably have to wait for ages for all the billion photos to load!)