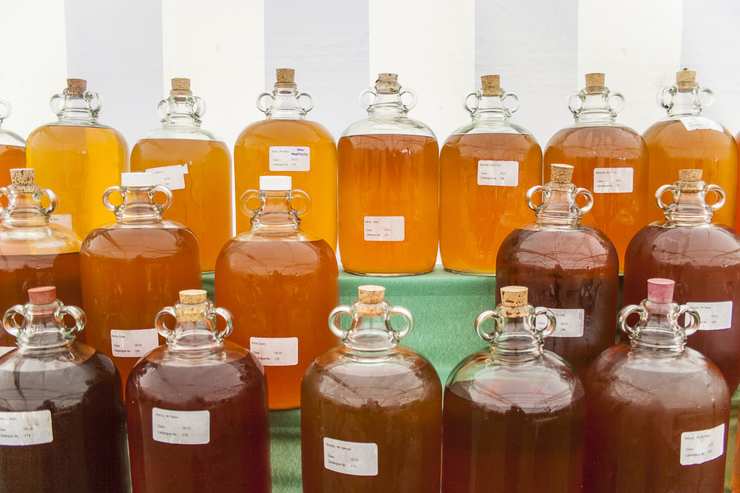 What a year! I should get some facts and figures to be exact about how large the show is in terms of entries, but everyone is still so busy at the show, I'll have to edit them in later. Suffice to say, we've had more entries than ever, every category is up and each year another record is set in terms of numbers. This year, the International Sections where larger than ever (for a UK cider festival anyway!) and in total 62 Ciders and 7 Perries were judged. The awards are spread across the globe moreso than ever before with entries sent in by passionate cidermakers from USA, France, Asturias, Ireland and Poland. Fantastic!

I was fortunate enough to be asked to be on the judging team, and so reflecting on what the results say about my cider tastes I thought i should record and share them. The official website is terrible if you want an overview (its terrible in any case actually) so I've listed them all here on teh same page. Thinking about the results also helps me understand what experienced wine judges, such as co-judge Susanna Forbes from Drink Britain look for and enjoy, in a range of ciders not commonly found on these shores. Its a fascinating couple of hours, alot of fun, but also quite tricky in many aspects... after all: how do you judge and compare ciders that are meant to be very different from each other? Its complex.

Anyway - Susanna was a fantastic judge and I picked up some sound judging tips from her (thankyou!) She even managed to get a snap of me throwing an Asturian sidra, after insisting she "taste at least one sidra served properly today!" I've never actually tried the technique before. Champion pourers of Asturias enter a zen like state and, stare ahead as they pour, neither watching the glass, or the bottle. Their trance is often only broken when as they serve each customer. For me, (like surfing), its always been something to marvel at, rather than attempt. But when she insisted I had to step up to the mark and give it a go. 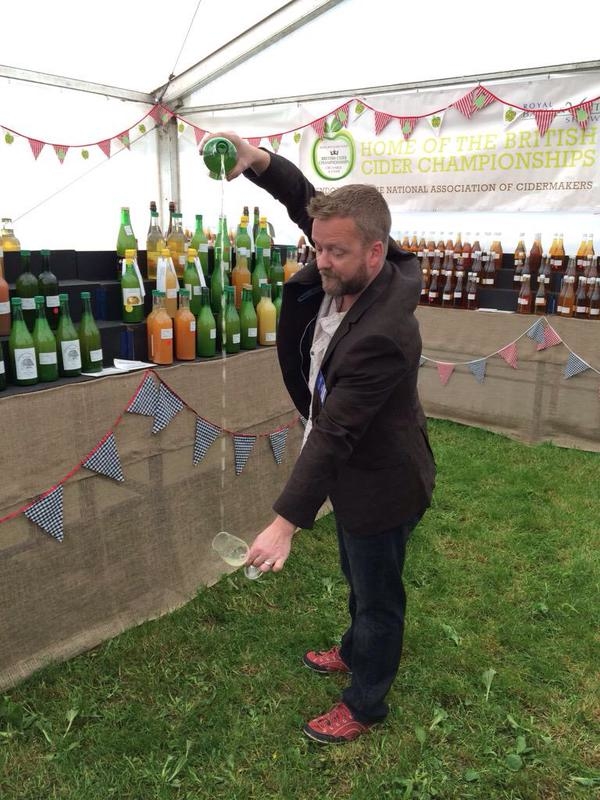 These are taken from the official Royal Bath and West Show results page (AKA, the most difficult to use and out of date site ever) so I have summized them all into one place here:

OC16     TWO BOTTLES OF PERRY manufactured outside the United Kingdom

Well done everyone! Its reassuring that cidermakers all over the world are sharing their cider with each other on a scale never seen before, the modern age is a good one for cider. Thanks must go to all the stewards and volunteers that make the show waht it is, and no, it wouldn't be the same with out them. Cheers all!