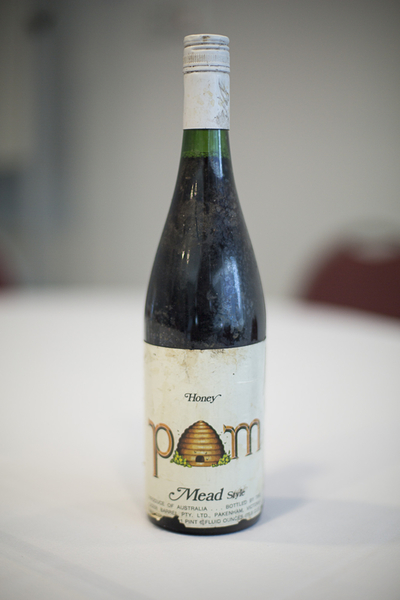 Chief judge at the Australian Cider Awards this year was Gary Baldwin, a winemaker who started his career in the mid 70's by making cider. He dug out a bottle that he had tucked away and was kind enough to share it with his fellow judges and stewards at the end of the 2 day process. I was impressed how well a cider made in 1976 held up. He had beefed up the natural sugars with a honey addition - hence the 'mead style' and beehive printed on the label. Given its age and the fact it was made with culinary apples, I found it rich, honeyed and surprisingly vibrant. It wound't be a cider I'd normally drink but it was pleasant, balanced and fascinating.

It re-affirmed my belief that you can age cider, contrary to popular belief so long as its well made, well stored and probably backed up by a hefty ABV.

Its the first cider I've ever had that is nearly the same age as me and ironic to think it was made at a similar time to the formative years I spent in Aus. By the time my family had arrived for our 3 year stint, this cider was already lying down, developing. Amazingly, 40 years later, and long before my love for cider started, it re-appeared - probably never to be seen again. 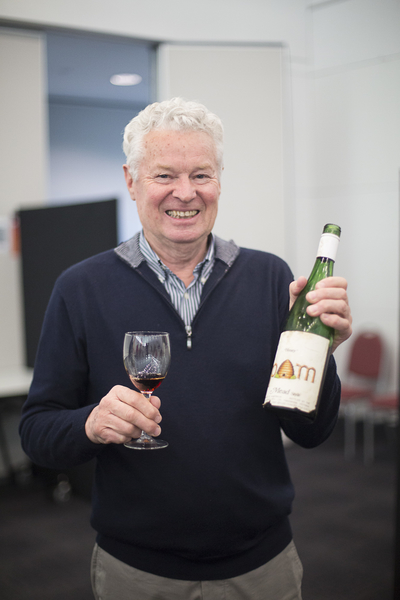