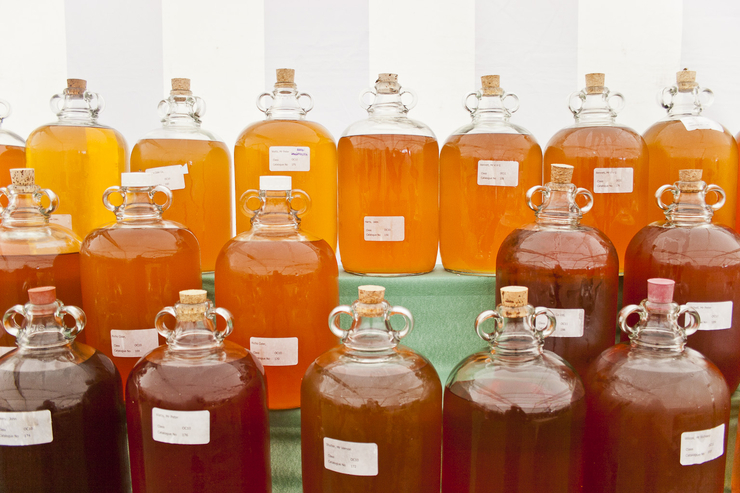 Yes, its that time of year again. If, as a cidermaker, you fancy your chances at one of the oldest and largest cider competitions on the world (quite possibly the oldest and the largest), the 'British Cider Championship' is held at the Royal Bath & West of England Show each year. Last year saw a record breaking 560 entries across 16 classes and thousands of cider lovers had the chance to sample more cider than they have ever tried before.

The Bath & West of England Society was formed in 1777 and the cider has been there right from the start. If you want to know more, local historian Alan stone has published a booklet about the history of cider at the RB&W Show. As artisan cidermakers from across UK and around the world once again take the chance to compete with some of the best producers on the planet, the organisers have called for entries to this years competition.

Sadly, the RB&WS website is woefully old and not as easy to use as it should be, although I think there are be plans afoot for a refurbishment  hopefully ready for next year which should make using the whole process of entering a much nicer and more effective experience. In the meantime, I'd like to try and make things simpler for any international producers who want to send entries in for competition.

So here is the gist of it:

OC15: Two bottles of CIDER manufactured outside the United Kingdom

OC16: Two bottles of PERRY manufactured outside the United Kingdom

If you have any questions about the International section or want either an entry form or a copy of the Cider Schedule emailed out to you, please contact me directly.